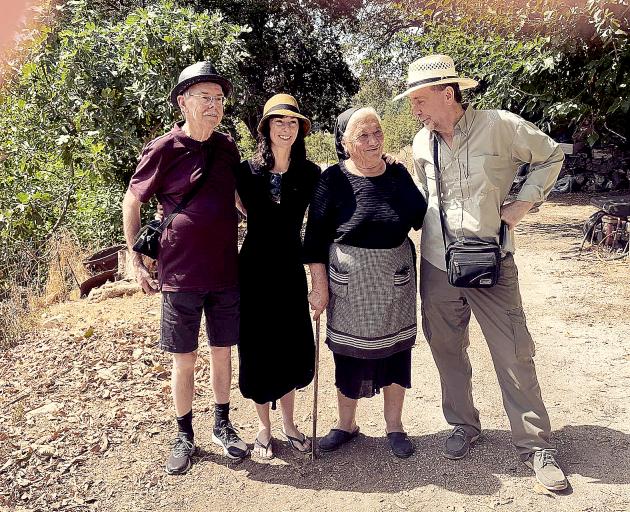 Emotions ran high during the reunification of two families brought together almost 80-years-ago by World War 2.

It was a happy ending for Brian Wright and his daughter, Emma Ebrahim, who tracked down the Cretan family who helped hide and feed Mr Wright’s father, Arthur Wright, from the Nazis during the Battle of Crete in 1941.

The Star, along with other local and international media, shared the story of the discovery in June, when Mrs Ebrahim managed to track the family down within 48-hours, using only Facebook, first names and one photo.

Now, the pair are in Crete and met with 90-year-old Nikos Kalogeris, the only surviving child of the original family.

He was 16-years-old when he met Arthur.

His late-brother, Tasos and late-mother, Irene, also helped to hide Arthur and another solider, Stanley Hughes.

Their family’s descendants welcomed Mr Wright and Mrs Ebrahim and they have been travelling around Crete together.

They visited the village, Kambi, and house that Arthur and another solider, Stanley Hughes, came to for help.

They also found a water well that they had hidden by.

“We cleared the debris from around the well for photos, it felt so surreal. I’m sure Grandad was right there with us that day,” Mrs Ebrahim said.

“Nikos was overcome with emotion as Regina (his wife) was translating our words to him, at this point tears were flowing with everyone. Miracles do happen,’’ she said.

“He (Arthur) was very fortunate to find this house and family, to visit the well he stayed by was very emotional, I can’t believe we found it after all this time,” said Mr Wright.